I’ve always enjoyed meeting the public while talking about (and selling) my children’s books! You never know where the next great idea will come from, whether making presentations in schools or listening to what your readers have to say!  August of 2011 is very special to me as it was my first book signing, at Acme Canine in Lewis Center, Ohio … in early 2013 as my marketing efforts expanded I’ve added two other book signings, both at Pet Supply Plus in Gahanna, Ohio and had a lot of fun! 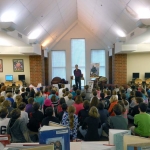 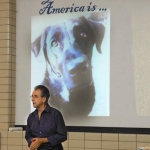 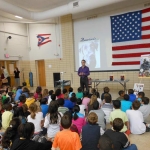 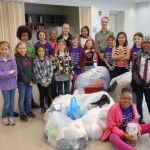 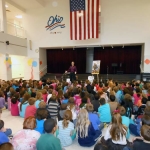 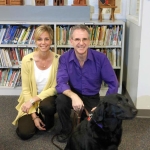 I’m really excited about my upcoming book signing on December 15th, at Eagle Pizza in New Albany, Ohio … New Albany is my alma mater and I’m so pleased to have the opportunity to talk with the residents, past and present, about There’s A Crazy Dog Under the Palace!, and the sequel in-the-works entitled Who Ate the Gelato?!  I hope to see you there!