It’s happened … I’ve just finished Who Ate the Gelato?!, the sequel to There’s A Crazy Dog Under the Palace!, and although I have every right to feel tired I’m getting more energized every day! The reason? I love creating and illustrating kid’s books! And now I get to have some real fun … the book signings! 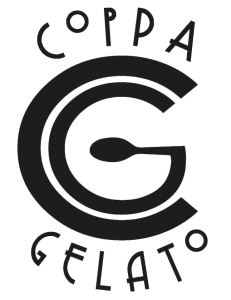 This Spring, I’m fortunate to have two book signings lined up, immediately following the sequel’s release.The first will take place at Coppa Gelato (coppagelato.com) in Westerville (925 N State Street) on Saturday, April 18th, from 6-8 pm! Coppa Gelato features authentic homemade gelato with pistacchios imported from Sicily and cherries for their amarena gelato imported from Bologna, Italy. It doesn’t get much more authentic than that, folks!

On our first  (of many) visits to this establishment, I spoke with owner Linda Warns-Davis and told her I was writing and illustrating a children’s book called Who Ate the Gelato?!  Her face lit up when I mentioned the idea of a book signing at her shop, and it wasn’t long after that we arrived at a date for the event! Come out on April 18th, sample, salivate and devour some of the best gelato you’ll ever find in central Ohio … and I’ll be there talking with anyone that will listen, selling kid’s books and signing autographs! I will also have paperback copies of There’s A Crazy Dog Under the Palace! with me, so if you didn’t get the chance to buy a copy before, now’s your chance!

If one is good, two must be better! 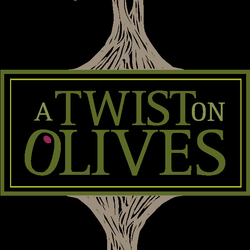 That’s right! And carrying the Italian theme one step further, the second children’s book signing will happen May 9th at A Twist On Olives (20 S State Street), in uptown Westerville! I’ll be there from 1-4 pm.  A Twist On Olives (atwistonolives.com) “offers over 20 of the freshest extra virgin olive oils from around the world. Our oils are imported from both hemispheres, from countries such as Italy, Spain, Greece, Chile, Australia and South Africa. We also carry 24 of the finest Solera Aged and naturally flavored balsamic vinegar condimento from Modena, Italy.” And they’re delicious!

I’m always excited and proud to help small business, but to have two very unique establishments excited about featuring an author-illustrator such as myself really puts a smile on my face!

I’ll keep you posted as future events unfold for 2015 … all I can say is that we’re off to a fantastic start! Long live kid’s books!